Coulomb glasses are materials with electron states localized by the disorder under conditions of long-range interactions between their particles. One realization of a Coulomb glass is a doped semiconductor at low temperatures. Another example is granular metals. Coulomb glasses show complex dynamics typical for other complex systems: sluggish, non-exponential, relaxation of the conductance as well as aging and memory effects similar to those observed in structural glasses. We report dynamical Monte Carlo simulations of relaxation processes in a Coulomb glass. Both the relaxation to equilibrium following an initial temperature quench and during and after a driving by a strong current is studied. We see that out of equilibrium there is an effective electron temperature established on a short timescale, and this relaxes slowly to the bath temperature. We also study the response of the system to an external perturbation and observe how it relaxes after such a perturbation. Both from a random state and after a perturbation from equilibrium we find that the effective temperature relaxes logarithmically 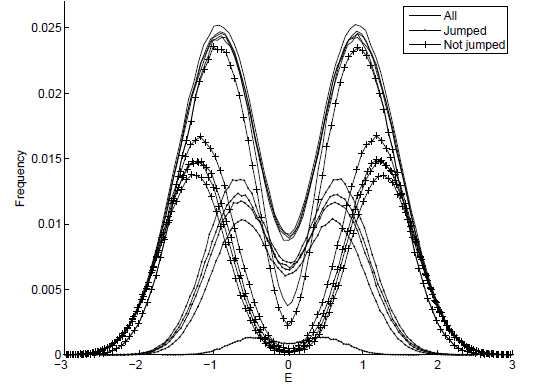