Havana's Cathedral, the Colonial City's emblematic symbol located in an area of great urban development, near the sea and inside an industrial area, it shows to deterioration in its facade. Given its patrimonial value it is necessary the quick determination of the elements involved in the process of stone decay. Laser-induced breakdown spectroscopy (LIBS) is one of the most dynamic and promising techniques in the field of the analytic spectroscopy, because it is practically a nondestructive technique able to carry out qualitative determinations in real time. Making use of a portable LIBS developed in the Laboratory of laser Technology of the University of Havana, the black crust deposited in the cornices and columns of the Havana Cathedral's facade are studied to three different heights. The results are compared with other analytic techniques, such as X-ray diffraction (DRX). 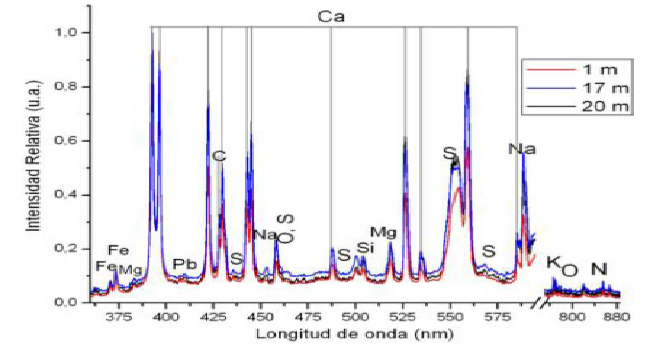