An Overview of Solar Activity and Climatic Changes

Climatic changes are not an exclusively terrestrial phenomenon. Evidences of changes exist in climatic patterns in other planets of the Solar System. The complexity of global climate changes on Earth requires a multidisciplinary approach due to different factors and concomitant  contributing phenomenology. In particular, purely astronomical phenomena have had an incidence in the variability of the Earth climate and weather. This paper resumes some of the evidences that point toward a relationship between solar activity and climatic changes occurred on our planet. 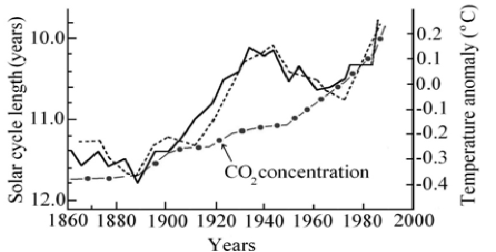