Synthesis and Characterization of Magnetic Nanoparticles based on the MnFe2O4 Spinel

An inverse micelle preparative technique in water/toluene system using sodium NaDBS as surfactant that lead to magnetic materials with nanometer dimensions is described. Superparamagnetic spinel type manganese ferrite (MnFe2O4) was prepared by the method. A modification to the preparative technique reported in the literature was applied, which was to make a reflux before the thermal treatment in an inert atmosphere. With this variation an optimal cristalinity and superparamagnetic behavior was observed. The product obtained was then characterized from X-ray diffraction, transmission electron microscopy and vibrational magnetometry. The powder X-ray diffraction pattern revealed that the MnFe2O4 nanocrystals had an Fd3m cubic spinel structure, accompanied by R-3c spatial group hematite (α-Fe2O3) as secondary phase. By means of the powder pattern profile fitting, average particles size between 5 and 25 nm were estimated, depending on the thermal treatment applied. The vibrational magnetometry showed that the smaller MnFe2O4 nanoparticles prepared according to that synthetic route were found to have a superparamagnetic behavior at room temperature. Also, from the collected magnetic data, the “dead layer” was estimated to be 0.9 nm. This magnetically inactive layer is found to be responsible of the saturation magnetization decrease with smallest nanoparticles sizes. 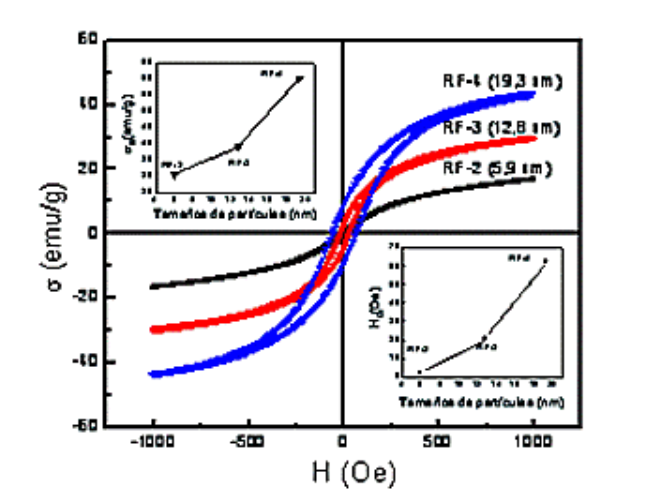