While the growing interest in the so called Chaos Theory has provoked the application of its fundamentals in areas that are far from the original, at the same time a remarkable lack of precision in the formulations has risen, together with ambiguity, which are absolutely undesirable in science. In the present contribution, a brief history of Chaos Theory is exposed, making points on key concepts that are often used in other areas (for instance social sciences), like attractor, strange attractor and so on, and their range of application. A quantification of chaos is made through the so called Lyapunov exponents, and, finally, an outline of a general procedure is exposed that should be followed by all those involved in chaos research. 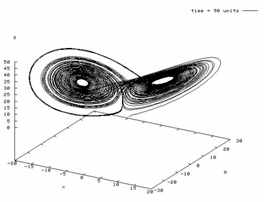