In this work, the results on the self regulated growth of II- VI semiconductors using the Closed Space Sublimation technique are reported. The main features of the method are: i) the sublimation occurs by exposing the substrate to elemental sources alternately; ii) the whole system is at the same temperature. This last condition warrants the self regulation mechanism. In fact, in isothermal conditions, the driving force for the growth can only be due to the difference in composition between the source and the growth surface. Once that difference is eliminated, the growth stops. With this method, films of ZnTe, CdTe compounds and ZnxCd1-xTe alloys have been obtained. The influence of different parameters in the regulation mechanism is discussed, as well as the use of different transport gases. Epitaxial films were obtained as can be concluded from x- Rays and electron diffraction patterns as well as from high resolution electron microscopy images. The growth rate in terms of monolayers per cycle varies depending of the exposure times and other growth parameters. This dependence is discussed in this work. 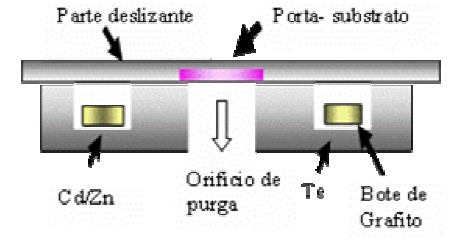