The surface morphology of the CdS thin films as grown and treated by CdCl2 post-growth has been quantified from atomic force microscopy micrographs using the roughness parameters: roughness average (Ra), root mean square (RMS) and maximum height of the profile (Rp-v). The CdS thin films were growth by Close Space Sublimation (CSS) with source temperature of the CdS (TSour) at 650C and at three substrate temperatures (TSub): 200, 300 and 350C. The CdCl2 treatment consisted in the immersion of CdS thin films in CdCl2 methanol solution at 0.5 wt.%. After the CdCl2 treatments, the CdS films were annealed in the reaction chamber at 300C under vacuum using variable annealing times (1, 2 and 4 min) and following heated at 500C for 15 min in the air. The results showed that the surface roughness of CdS film depended on the substrate temperature during the growth process and the annealing times of the CdCl2 treatments post growth. 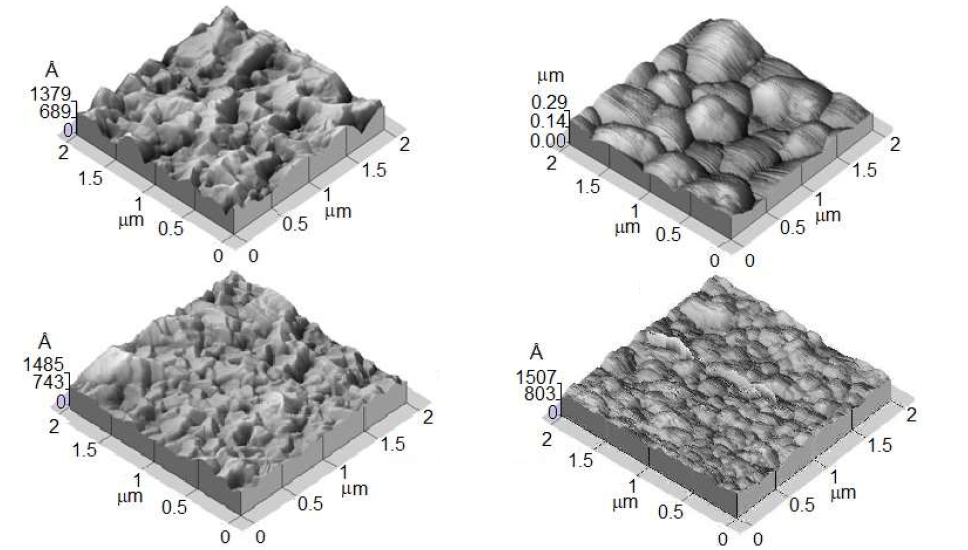